An Inductive Study of the Kingdom of God
Author: McClain, Alva J. 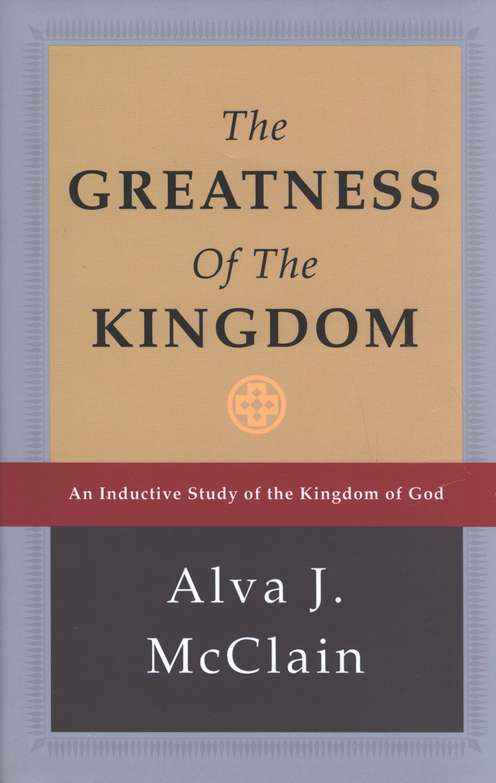 This classic penetrating analysis of the Kingdom of God as taught in both the Old and New Testaments has been republished in a handsome hardback dust jacket edition. Throughout The Greatness of the Kingdom, Alva McClain builds a substantial exegetical argument for a premillenial understanding of the Kingdom of God. The 556-page masterwork was written by the founding president of Grace Theological Seminary, who was a member of the Scofield Reference Bible Revision Committee as well as a charter member of the Evangelical Theological Society.

Alva J. McClain (1888-1968), the founder and first president of Grace Theological Seminary and Grace College. In 1937 Grace Theological Seminary was organized under his direction, and as first president and professor of Christian theology, he served from 1937 to 1962. Dr. McClain authored many short treatises, but will be remembered for his monumental work on Christian theology, The Greatness of the Kingdom, one of seven volumes he had projected concerning the entire scope of Christian faith. He will long be remembered as scholar, theologian, educator, master teacher, and Christian gentleman.

Your shopping cart is empty.

You can purchase a copy of today's message, The Apostolic Witness, unsegmented for broadcasting and in its entirety, for just $7 on a single CD or $2 as an MP3 download.

For a limited time, you can order the complete current series, The Way To Glory - Part 1, on a set of 11 CDs for the special price of just $38, or as a 11-MP3 ZIP file download for $18. This special offer ends Tuesday, April 13th.